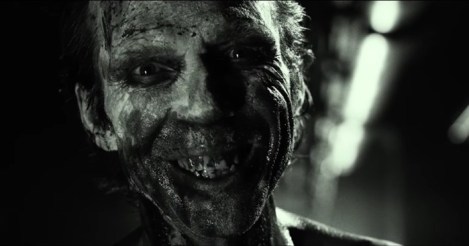 The Show Must Go On.

31 is perhaps the most Rob Zombie ass movie, Rob Zombie has ever made.  If that doesn’t make any sense to you than you probably don’t know much about the infamous music/horror icon.  If you’re not familiar with Zombie’s films, there is really only two things you need to know.  Firstly he is obsessed with 1970’s Americana.  Secondly he loves to makes some brutal movies usually staring a whole cast of colourful murderers.  31 for the most part is no different from his other films, and that is both a blessing and a curse.

The film follows a group of five carnival workers who get kidnapped in the night and are held hostage in an abandoned warehouse/Devil’s playground like location.  They are forced to partake in a violent and brutal game in which the goal is to simply survive twelve hours against a wave of horrific and psychotic killer clowns.  To say the plot is paper thin would be an understatement, as it merely exists to give an excuse for violence to occur, and that’s fine.  The real issue with 31 is that because the story rushes into the action so quickly it forgets to build any sort of reasoning for us to care about any of the violence taking place. 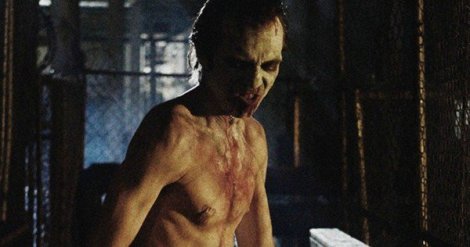 In some ways 31 is a more focused, stripped down version of Zombie’s debut film House of 1000 Corpses.  The difference being we spend far less time with the killers and more time in the middle of the action.  The balance is off and because of this we get very little out of what I thought were some solid performances from a cast of familiar Zombie film faces.  Once again we are greeted to Zombie’s wife Sherri Moon, who over the years has become a much better actress and gives one of her better performances as fed up with this shit warrior woman.  Malcolm McDowell even shows up in a bizarre role, that even after finishing the film i don’t know who he is or what he does.

That leads to the second major flaw with 31, which is that it may be a little too simplistic for its own good.  I’m all for leaving questions unanswered, and not spoon feeding an audience but that should never be an excuse for not having a plot.  I think it is safe to say that this film does not have a plot other than strange people we know nothing about must survive twelve hours of hell.  We don’t know why this incident is taking place, nor do we know who is orchestrating it, or why they chose this group of people or even why we should care that any of this is happening.

The look of the film however is fantastic, really nailing that 1970’s vibe that Zombie has become known for.  The costumes in which the killers wear are unique enough and menacing, with Richard Brake as Doom-Head stealing the entire damn show.  His performance and look make me wonder why Hollywood didn’t cast this guy as The Joker as he becomes the number one thing 31 will be remembered for. 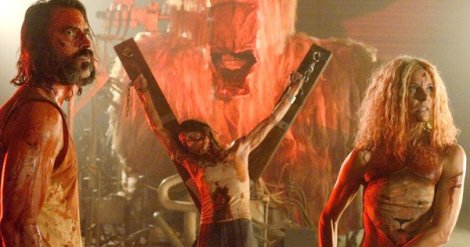 Compared to his other films the violence in 31 feels a little more on the cartoonish side than we are accustomed to in a Zombie movie.  Where as The Devil’s Rejects and Halloween delivered a more realistic approach to how graphic the violence was, 31 goes for a more comedic take.  There is a pretty solid scene involving a chainsaw that is as brutal as it is ridiculous.  With the realism removed it becomes one of Zombie’s tamest movies (next to Lords of Salem) which is something I really wasn’t expecting after the ordeal with the MPAA.

I would go as far to say that from a technical standpoint, 31 is Zombie’s weakest film.  His direction seems scatterbrained, lacking the confidence he showed with Rejects, and Lords of Salem.  It is pretty clear that Zombie is directing films in the wrong era.  He was born to be a 1970’s filmmaker and in that way I can relate, as I always thought I should have been alive during the Seventies.  We share the same love of Americana, of a time gone by that will never exist again when everything had a layer of grit and crazy devil worshipping cults were societies biggest fears.  I respect Zombie as a person and as a filmmaker.  I often find myself seeing the real films that he failed to put to put on the big screen in my own head and the fact that he manages to capture any of it is a feat in itself.  Despite whatever his grand vision for 31 was, it’s not on the screen, because what is on the screen is a rushed, messy version of what I wanted it to be. 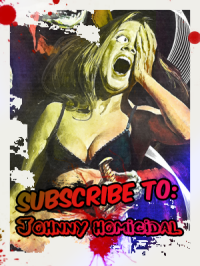